<Hacking his way to the top: A Hooligan’s epic rise through the Discovery ranks/>

The Hooligan Development rigorous recruitment process has never disappointed and neither have our recruits. Clifford Hattingh: Case in Point.

In January 2022, Clifford Hattingh and his team took top honors at the inaugural Discovery Inc. Global Hackathon, earning him the respect of his peers and recognition from some of the biggest names in the industry. But who exactly is this Hooligan and how did he go from unpaid customer support intern to developer extraordinaire? Grab the popcorn and settle in, because it’s Hooligan Success Storytime!

At Hooligan, we’ve always been proud of our crew and take great care in ensuring we only ever work with the best developers on the planet. Our rigorous recruitment process has never disappointed and neither have our recruits.

Cliff’s foray into software development happened almost by accident, thanks to an unpaid internship, some 3D modelling, and a CEO with an eye for talent. Fast forward a few years, and Cliff had completed his studies at UCT (while gaining hands-on experience in the industry) and joined the Hooligan team as an Android developer for Discovery’s dplay – the network’s popular on-demand video streaming service. When he created a button that was added to dplay and used by millions of people for the summer Olympics, our suspicions were confirmed – we had, indeed, hired another genius.

In 2021, he stopped ‘playing’ at Hooligan HQ to tackle a different beast in the form of the discovery+ in-house team. Cliff knew the move wouldn’t come without its challenges, but in true Hooli style, he was up for anything. Describing the move, Cliff explains, “Being placed in an environment as an outsider, you often feel you are not welcome and perhaps not respected by the rest of the team. Respect has to be earned and because you know you have the skills and you are confident in your abilities, you are able to earn the respect and ultimately the acceptance of your team members.”

Fitting in with the team was one thing, but to keep himself motivated, Cliff also set himself some personal goals, including:

This kind of personal goal setting is an important part of Hooligan’s culture of self-development, and Cliff recalls also relying on Ricardo and Malcolm to remind him to maintain a healthy work-life balance, which helped him achieve his goals but also maintain his sanity – something that is often lost in the pursuit of excellence.

Cliff loves innovation and his approach of checking what is happening online and then preparing for it means he doesn’t wait for things to be released before learning how to do it. This enabled him to write cutting-edge code for dplus, which wasn’t always appreciated by the rest of his team – that is until it was released as official Android templates.

When he started there, Discovery Plus TV was an app made by Robosoft in India and tweaked to look like D+, but the functionality wasn’t optimal and the stability wasn’t great, so Cliff suggested the Jetpack Compose (while it was still in beta) to update this.

His suggestion was accepted, and he was put in charge of the team, which he still leads. As team leader, Cliff’s philosophy is to unblock, motivate and keep the team going, while creating connections both within the team and with other teams – ultimately dodging the disconnect between designers and developers.

His ability to work well in a team came in handy during the Hackathon, which saw members from 30 Discovery departments come together to develop and submit ideas on the company’s 3 focus areas i.e.:

Cliff had an idea and started chatting to a fellow participant, who quickly roped him in to join their team of designers as the only developer. At that point, no-one on the team knew each other – in fact, one team member actually started working at Discovery that very same day. By the end of day 2, they had finished their app and video presentation, on day 3 they were announced as semi-finalists and another 2 days later they presented their final solutions and were selected as joint winners. Pretty impressive, if you ask us!

While Cliff’s involvement in our industry may have happened by chance, his subsequent achievements were no accident. Cliff has shown us that if you’re the best at what you do and you’re determined to succeed, you can come in as an outsider, earn the trust and respect of your colleagues and superiors and ultimately end up leading the team. 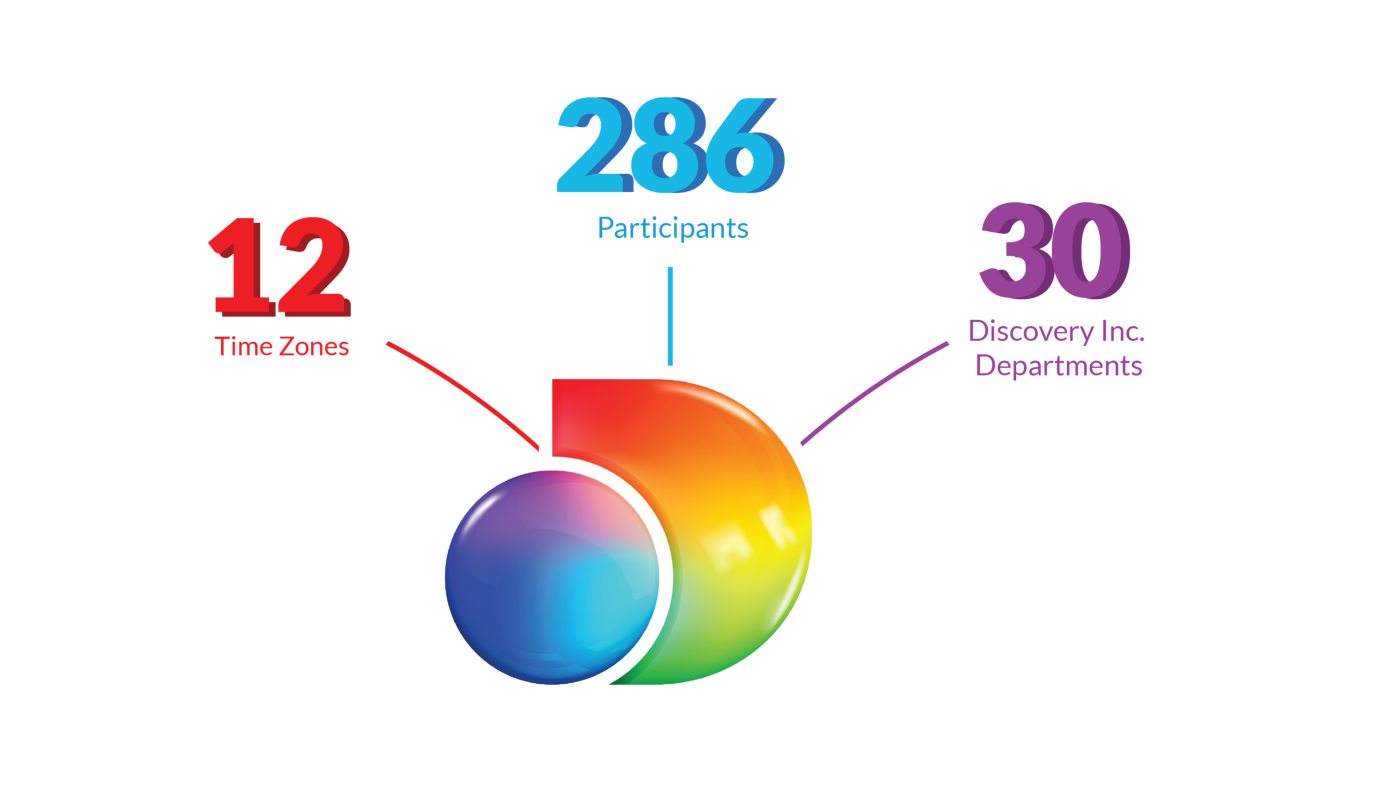 Whether you’re ready to hire a Hooligan or just have a problem or project you want to discuss, drop us your details so we can get in touch.